Launched in 2016, Run around Europe is our largest map in terms of distance. To complete this epic journey you will need to pass through 30 countries and 130 towns and cities to the finish line in Paris.

A storied country of stone castles, snow-capped mountains, vast monuments, and sophisticated cities, all of which have made it a favoured travel destination.

The stunning capital city of Portugal, and one of the most charismatic and vibrant cities in Western Europe. A city that effortlessly blends traditional heritage, with striking modernism and liberal thinking, offering a rich and varied history, lively nightlife and a glorious year round climate.

One of the world's great cities to visit. Filled with antiquities, wonderful historic sites, lovely old neighbourhoods and great restaurants, it's also a fantastic walking city. The running scene has been improving.

With ancient sun-bleached ruins piercing blue skies, the balmy Aegean lapping an endless coastline and a culture alive with passionate music, wonderful cuisine and thrill-seeking activities, Greece is the 13th country on your journey.

Remarkable for its variety of scenery, its rugged mountains and relaxing Black Sea resorts. Bulgaria claims a mix of Eastern and Western cultures, and the mingling is evident in its cuisine, its architecture, and its religious heritage.

a Scandinavian nation with thousands of coastal islands and inland lakes, along with vast boreal forests and glaciated mountains.

Denmark's only natural river harbour and 6th largest city, Randers is situated on the banks of the River Guden (Gudena), about 10 km above its mouth in Randers Fjord, and 179 km west-northwest of Copenhagen.

France's capital and the finish line of your journey. A global centre for art, fashion, gastronomy and culture, its 19th-century cityscape is crisscrossed by wide boulevards and the River Seine. Beyond historic landmarks headlined by the Eiffel Tower, the city is known for its cafe culture and designer boutiques. 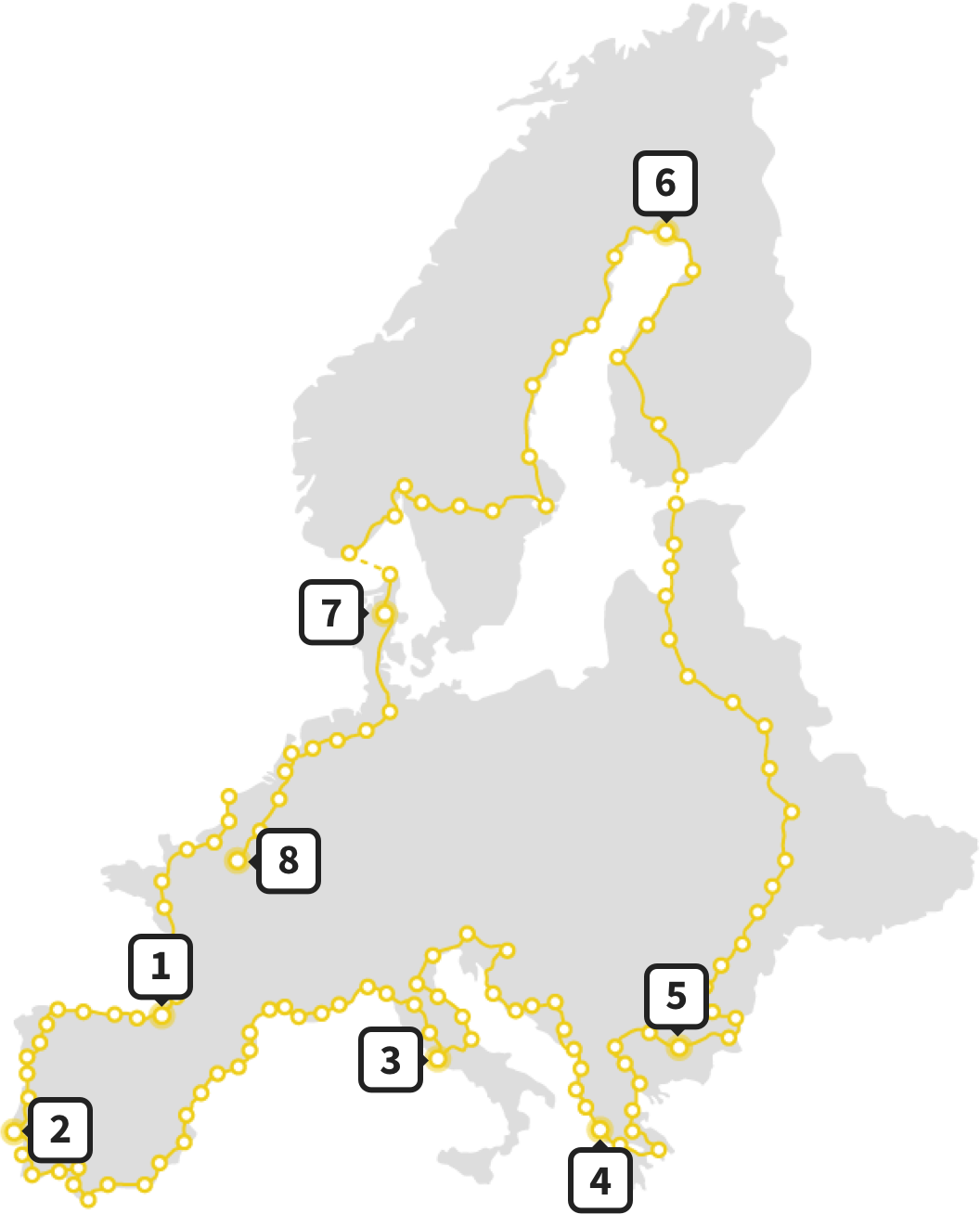