On Saturday 2nd of October I Ran with the friendly gang of runners at my local parkrun in Gatton, Queensland to kick through the final 5km of my virtual run around the UK & Ireland.

The goal to complete this 3,900km jaunt kept me motivated for the past 15 months (455 days to be exact) running an average of 8.5km every day. There were numerous half marathon training runs during the past year although no official events as most were cancelled due to the pandemic. Didn't that make it difficult to maintain a running regime! A lot and I mean a LOT, of solo trail runs on local sections of the Brisbane Valley Rail Trail, a superb facility maintained for community use by local Government.

Along the way I've been accompanied by members of the “Derek Zoolander Center For Kids Who Can't Run Good”, the “League Of Kilted Athletes”, Lockyer Legends and the hundreds of fellow parkrunners at Yowie, South Toowoomba, Forest Lake and Gatton parkruns.

The virtual maps of Runs of the World have been the essence of my running since I first started with the Run Down Under map in 2014, keeping me lacing up the shoes and heading out the door when it would have been so easy to crawl back under the covers instead.

Saturday saw me cross the finish line of the UK & Ireland map, kicking around parkrun in 24:17 (thanks to my personal pacer Darren Lynch of the Zoolanders) which is my best parkrun time since running at Casino in December 2019 and my best time at Gatton since running my PB there in December 2017.

Thanks to all who've chalked up miles beside me through this journey and of course, the Runs of the World team. 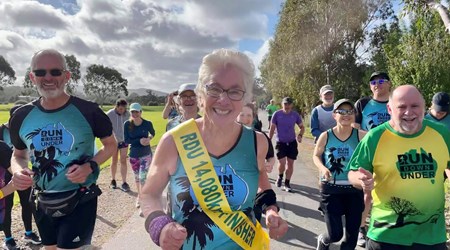 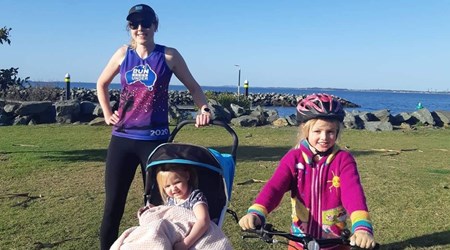