If you look at the weekly leader board regularly, you will see many names consistently up the pointy end of the table – those who get out and run a lot. One of those names up there would be Garry Rogers – a member of ours since August this year. What you don’t see on the leader board is that Garry is a double amputee. 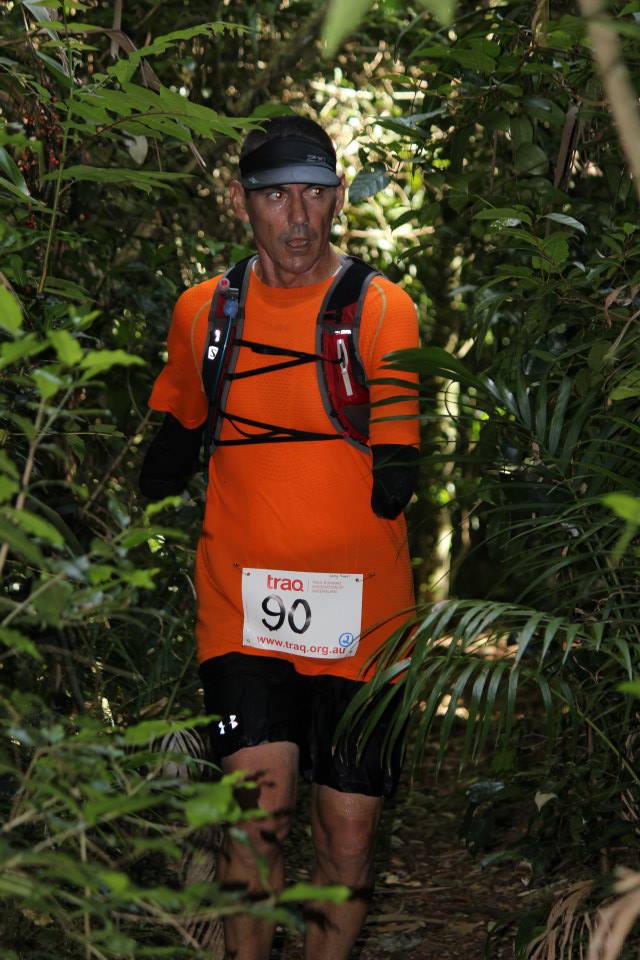 As well as being a new member to Run Down Under, Garry is also very new to running itself. Garry started running, on a treadmill, in or about April 2013 because he could no longer ride his mountain or road bike because of a work accident which left him without any forearms. “I had a serious work accident on 14 January 2013 in which I lost both forearms” Garry tells me. “I was hooked up on the powerlines and 11,000 volts of electricity went through my body until I was rescued. I was in ICU for a week and left hospital on 22 April 2013 to spend another month in rehab. My arms were uneven and it affected my balance and co-ordination so the OTs and Physios had to teach me how to run. My left arm is amputated through the elbow and the right arm is amputated about 10cm below my elbow. I had to prove to the OTs and Physios that I could run on the treadmill.”

Prior to running, Garry was into Mountain Biking, competing in 24 hour solos. Garry says “I was extremely fit before I was injured and this is why I probably survived.  I was released from hospital/rehab and came home on 22 May 2013.  I bought a treadmill and started running in the privacy of my home, because I wasn’t confident running outdoors. I thought if I could run 21k’s on a treadmill, I could run a ½ marathon, this was my goal, so I entered the Gold Coast ½ marathon in July 2013 and completed it in just under 2 hours with the help of a friend who ran with me.”

And since then Garry hasn’t stopped. I asked Garry what he loves about running and his achievements since that first ½ marathon in 2013. Garry responded by saying, “It keeps me fit, it clears my head and it helps to alleviate my phantom limb pain. I enjoy running in the wide-open spaces, with no traffic and great scenery. It’s my way of unwinding, switching off and enjoying life. My favourite training run is around Mt Tamborine National Park, but usually I run from home out onto the backroads where it’s just me, the cows and the horses. I love trail running and the longer the better.  At this stage the longest distance I have competed/completed is a 50 km ultra. My goal is to do a 100 km ultra”.

How did you find out about Run Down Under and what made you join? “My wife was speaking to another competitor’s wife when I was competing at the Lamington Eco Challenge in the 2 x 42km back to back marathon run over 2 days. I joined as it sounded interesting and it sounded like fun (to me). I really enjoy logging on and checking out what other people are doing and see how I rate against them.” Garry’s tells me about his favourite Run Down Under moment so far in his short membership stint with us is. “I just recently received an email saying I made it to Brisbane from Canberra. I didn’t realize how much running I actually did until I saw my running journey on the RDU map.”

As we have mentioned, Garry is only new to running. He tells me that he hated running as a kid, and the only time he ran as a child was when he was in trouble. “So you could say I ran a fair bit” Garry laughs. “My most memorable run was my first half marathon at the Gold Coast in 2013.  It was about seven weeks after being released from hospital/rehab and it was the first time I had run on the road (or even outdoors).

I asked Garry: Do you have any role models you look up to? “I have a couple of heroes, but the person I look up to the most is Hector Picard.  He is an upper limb bilateral amputee.  He is a triathlete and has just competed in the Kona Iron Man.  He is a remarkable person.”

Well Garry, I think you are a remarkable person, and I look forward to seeing you compete this weekend in yet another Ultra on the Gold Coast. I will be there at the event and so will many other Run Down Under members, so let’s all give Garry a cheer as he completes another step (many of them actually) in his new running life! 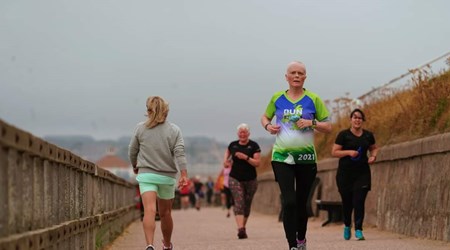